Home / Articles and Media / What Happens When Mercury is in Retrograde?

What Happens When Mercury is in Retrograde?

We’ve all heard of the jokes surrounding Mercury retrograde. It seems that people blame the planet's backward movement on even the slightest problem or mishap they are facing. In fact, the phenomenon has almost become a bit of a joke in society, likened to a mere excuse given by friends, family and colleagues who have messed up or behaved badly. But surely there is far more to this celestial event than it is given credit for?

What Does Mercury Retrograde Mean? 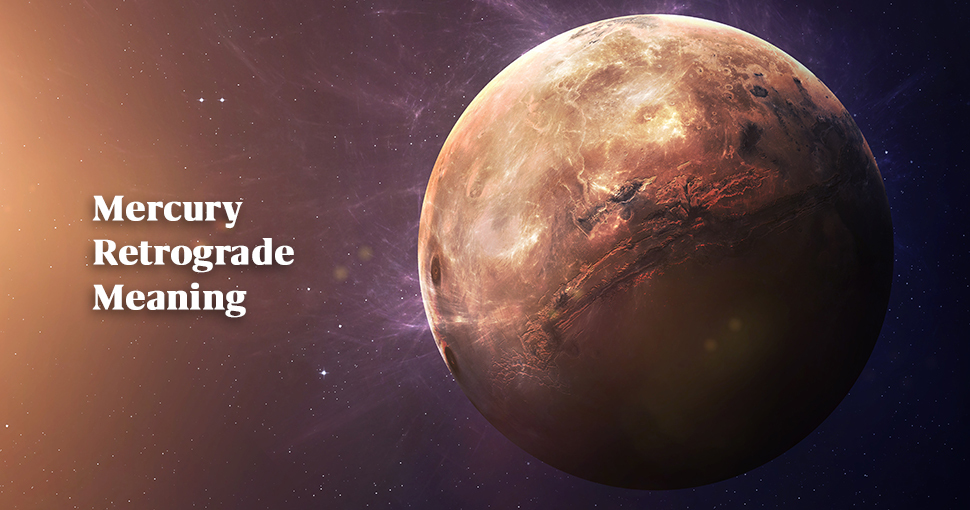 A planetary retrograde is when a planet appears, from our view on Earth, to move in a reversed direction. This happens due to an optical illusion caused by differences in both planets’ orbit. Mercury, which takes 88 days to orbit the Sun, as opposed to 365 for Earth, seems to slow down from our perspective on Earth as the two orbits fall out of sync. As planets move from East to West around the Sun, during Mercury retrograde, Mercury appears to move "backwards," from West to East. To help picture this phenomenon, imagine two vehicles on a highway traveling in the same direction but in different lanes. If one vehicle is driving at a faster speed than the other, the slower car will seem to be trailing backwards from the perspective of the faster vehicle, despite the fact that the slower vehicle is still driving fairly quickly in the same direction. 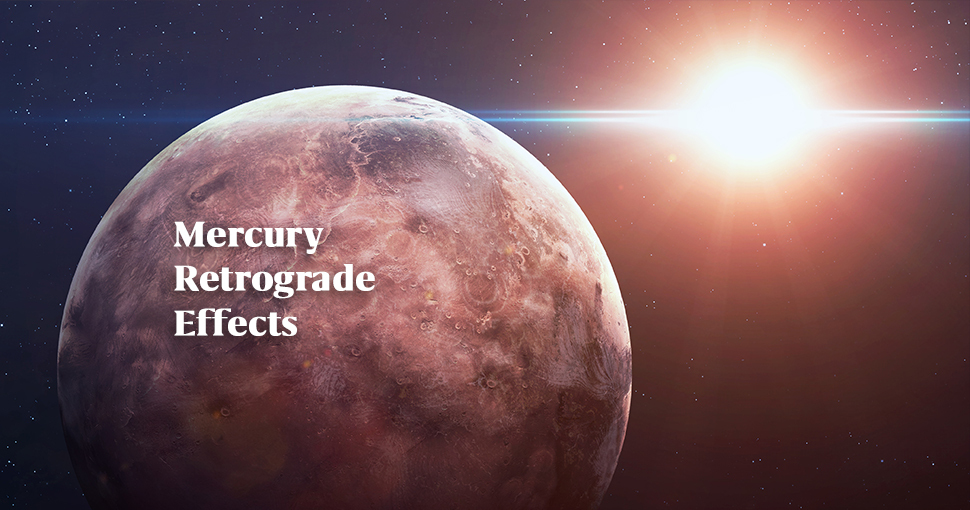 Firstly, it’s useful to look at all aspects of our lives that Mercury governs, namely, communication, education, travel and transportation. All of these areas actively involve ‘doing’ rather than passive contemplation. This is partly why Mercury retrograde is so dreaded - the planet rules over many of the most practical areas in life that are needed to make progress and achieve results day-to-day. While Mercury does give us the energy of ambition and drive, it has far less governance over emotions, contemplation and spirituality than other planets. Therefore, by knowing what areas of life are impacted by Mercury’s movements, we can begin to understand where things may go wrong during retrograde; we can expect fallings out with friends, crossed lines of communication, disruptions with transportation or even travel delays. In other words, incredibly frustrating hindrances that prevent life running smoothly. However, these hindrances tend to be quickly passing and do not have a long-lasting, devastating effect. Outlined below are three of the main areas affected by the retrograde, and what we can expect. 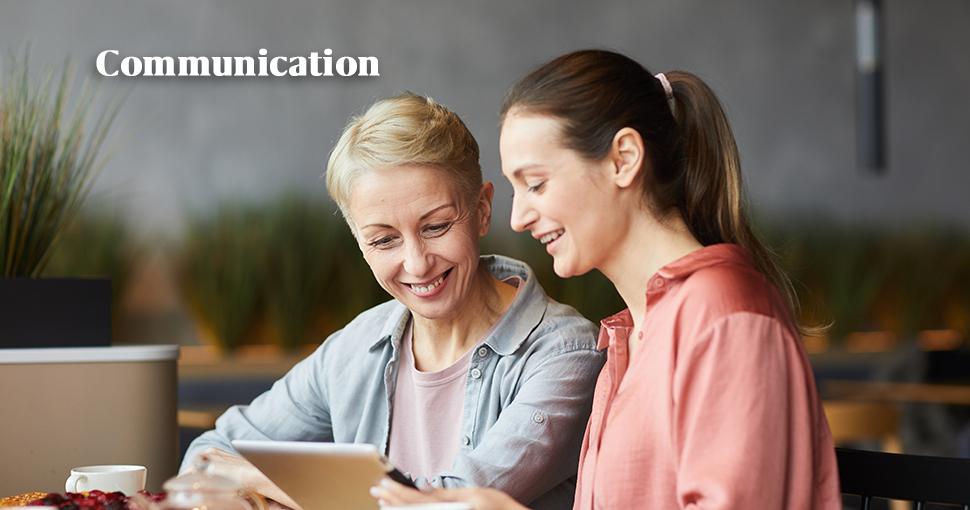 The main area of life that succumbs to the effects of Mercury retrograde is communication. This can be anything from verbal communication between friends, family and colleagues, digital messaging through our devices and more traditional forms of sending messages. Whatever medium of communication being used, it is likely that there are issues to be had during the retrograde period. For instance, many people experience petty arguments over silly, avoidable misunderstandings with the people in their circles. Perhaps things haven't been explained perfectly or someone has got the wrong end of the stick - regardless, the issue is usually superficial, minor and quick to pass. The Mercury retrograde period can also cause our devices to start malfunctioning, emails to go haywire and letters to get lost in the mail. In short, this season is chaotic when it comes to our correspondence. 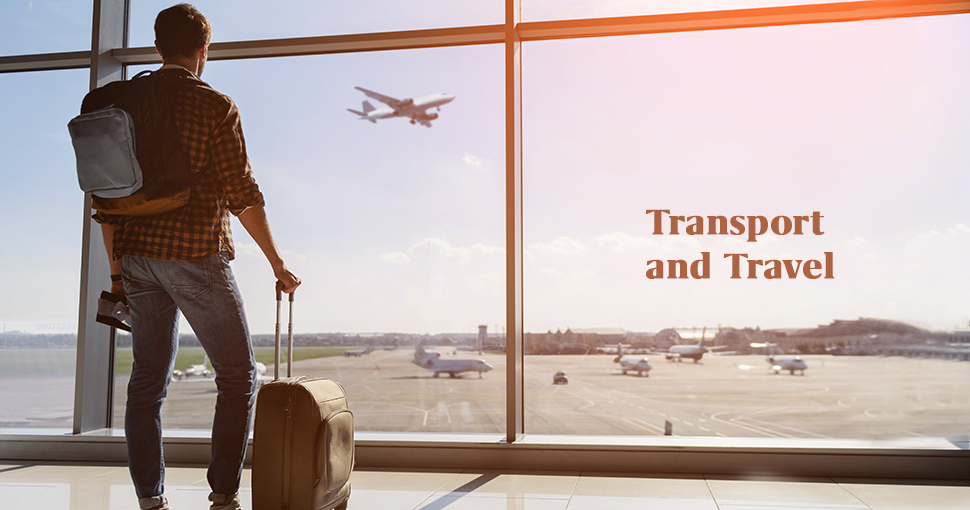 Mercury retrograde is also famous for disrupting our travel plans. Whether it's a quick trip to the shops to pick up something important, or a long-haul journey that has required months of preparation, Mercury is sure to find a way to stick its nose in. People often report cancellations and delays in public transport, random vehicle breakdowns and general stress when trying to reach a destination. Not only this, but losing passports, getting important travel documentation muddled up and having issues at border control are common among those looking to get away during the retrograde period. Put simply, Mercury retrograde can feel a bit like a bad dream, one where we are desperately trying to reach our destination but everything seems to want to get in the way. 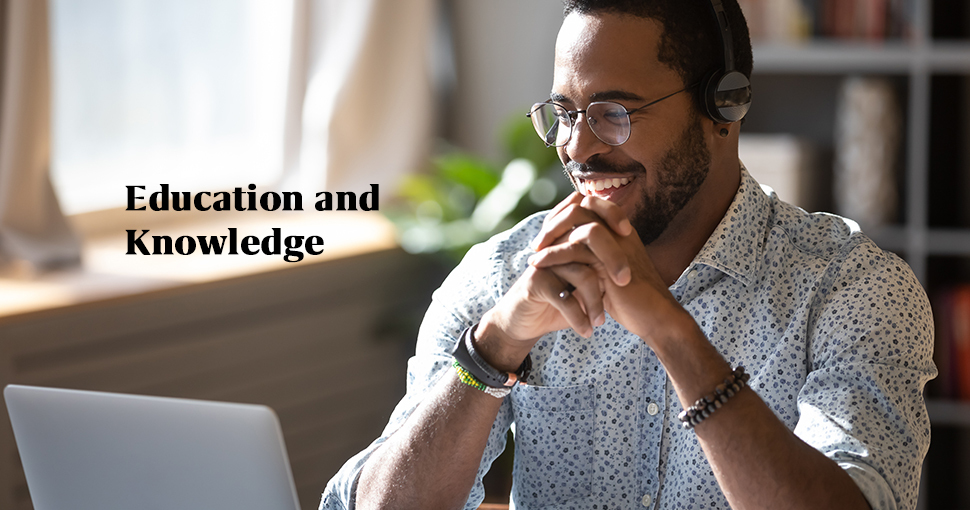 The influence of Mercury retrograde in the area of education and knowledge is little less clear, but still certainly pronounced. People taking exams or persuing qualifications may find that they have difficulty concentrating, forget things they would otherwise remember and generally perform more poorly than expected. Not only this, but during this period we are more likely to fall victim to scams and deception as our sense of logic is weakened. As such, we must always remember to read the fine print during official dealings and be extra wary of situations that don’t feel quite right. In sum, during Mercury retrograde, we need to have our guard up a little more than we would usually. 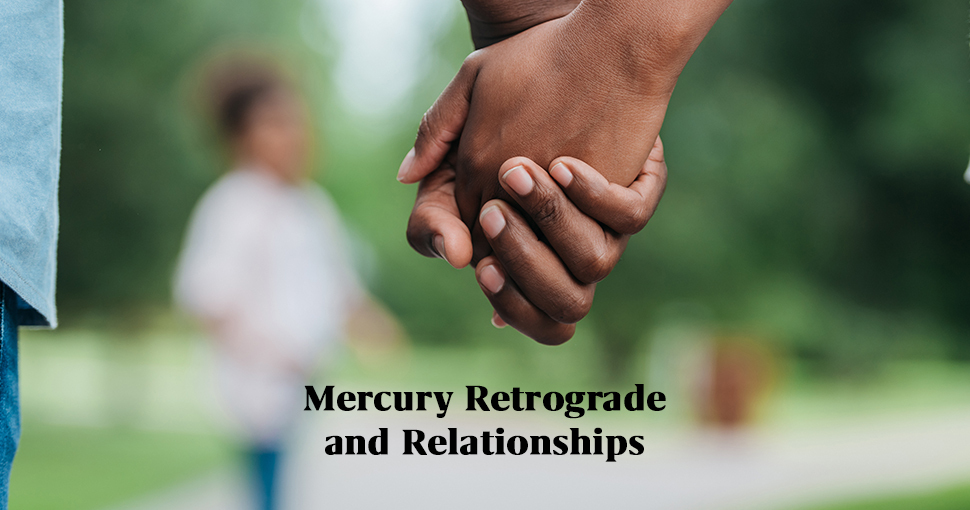 If you have read up to this point, you will know that Mercury retrograde has a big impact on our communication. As successful communication is the core to any healthy relationship, it is not surprising that the retrograde period can cause havoc in our love lives. While Mercury retrograde can really mess with romantic relationships, it can also disrupt family dynamics and heighten our emotions in general. You may say the wrong thing at the wrong time, send a risky text, or get your plans in a muddle. If you're undecided about someone, whether it's a current partner or last night's fling, Mercury retrograde is probably not the best time to commit to an idea either way.

Breaking up During Mercury Retrograde 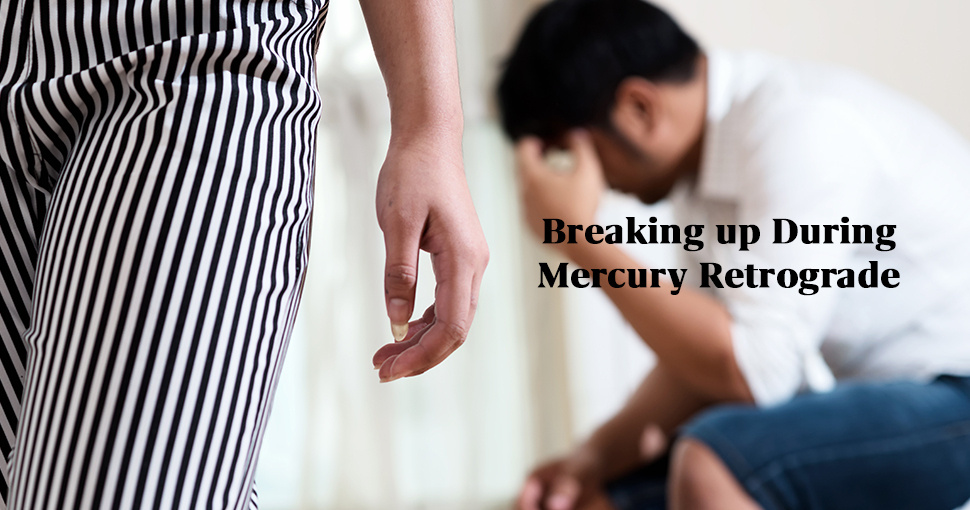 If you are considering breaking up with a partner during Mercury retrograde, consider whether or not you can wait until the period has passed. Also, assess whether or not you have felt this way before the retrograde period began. It can be hard to zoom out and view the situation objectively when we are in the throes of it all, but learning to keep a cool head and push through until the storm has passed is crucial for the longevity of our relationships. The key takeaway is to have patience during this time. Patience with not only those around you who are also feeling the effects of retrograde, but also patience with yourself. We are all going to be a bit tetchy in this period so it's best to let things cool down and blow over before we make big decisions or say things we may regret.

What is Mercury Retrograde Shadow Period? 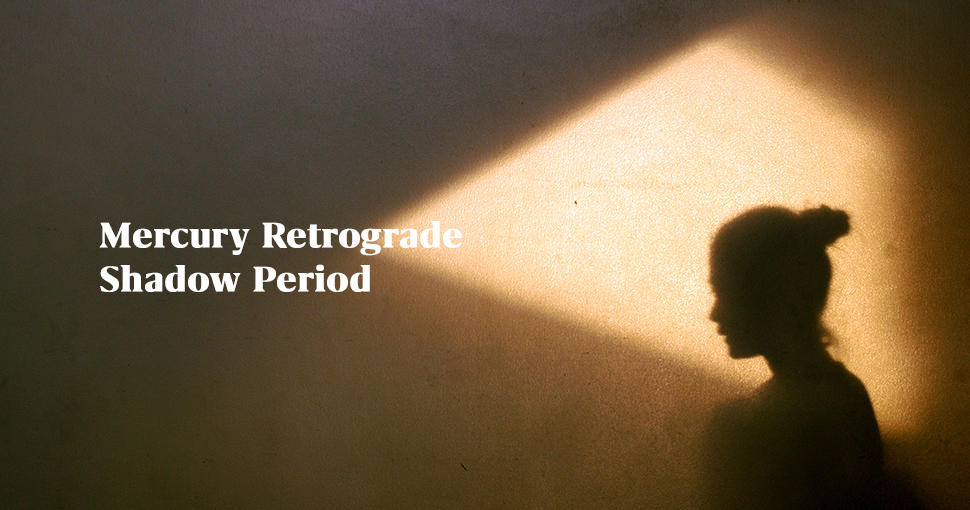 So, with that said, the pre-shadow period pulls up topics, conversations, and cycles that will crop up for us during our own personal retrograde journey. These themes may not yet be subject to full-blown Mercury Retrograde mayhem, but it's a good opportunity for us to start to pick up on clues. In fact, we can use the pre-shadow period as a way to start our usual retrograde protocol a little earlier. In this period we need to be extra deliberate with communication and making plans; it is the worst time to jump to conclusions as we have the whole retrograde period ahead of us, meaning miscommunication is likely. Make sure to double check texts before hitting send.

On the other hand, the post-shadow period gives us the chance to reflect and act on our retrograde journey. After contemplating what we went through, we can now consider what changes we wish to make or what new habits to implement going forwards. That being said, we still need to exercise caution during the post-shadow period as the dust is only just beginning to settle - major life decisions may need to wait just a little longer. 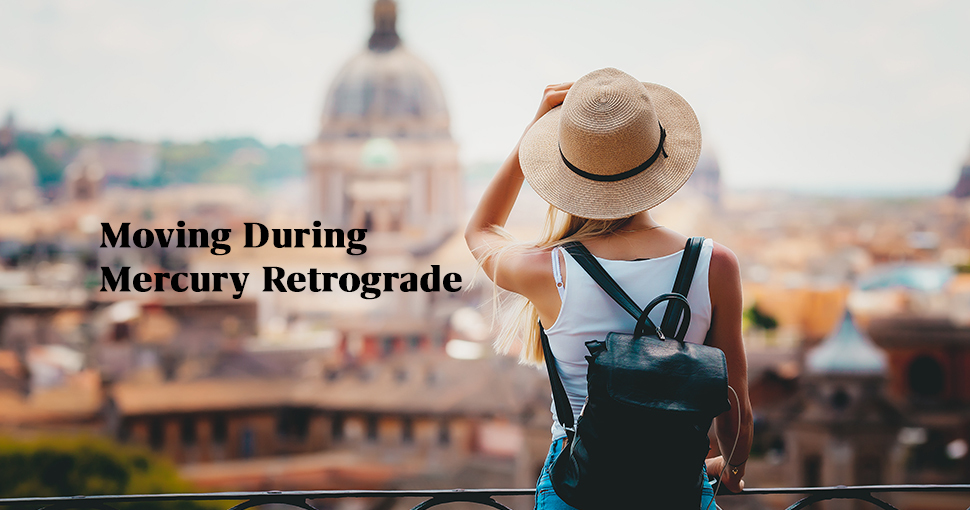 As Mercury retrograde occurs three to fours times a year, lasting roughly three weeks at a time, it can be quite the challenge to avoid making major life changes during these seasons. Not only this, but the cosmos doesn't determine what will happen in terms of absolutes, but instead the conditions in which certain things are more likely to occur. So, when Mercury is in Retrograde, we should know that confusion and misunderstandings are a real possibility.Therefore, it’s always smart to add a week or two to the game plan during the retrograde period so you can be better prepared for the inevitable complications that will arise. That being said, sometimes life simply has to go on and we cannot change our plans to suit the stars. Go ahead with any house move that may be occurring during the retrograde period, but remember to stay on high alert for mishaps that may happen; read the fine print, have alternative means of transport prepared and plan, plan, plan.

Is Mercury Retrograde Ever Positive?

Let's be honest, chaos and upheaval is not necessarily what we want to strive for in our lives, but there is plenty of value in seeing the positives in bad situations. We can take Mercury retrograde as an opportunity to refrain from heavy decision-making in the present and make room for other more worthwhile things instead. We can also use the period as a time for contemplation and gaining perspective over our lives. It may even be a season that prompts deep, internal reflection, ultimately laying the foundation for our most intentional and meaningful choices. We also know that upheaval can occur at any point in our lives, not just when Mercury is in retrograde. So, perhaps now is the time to begin planning your plan Bs in order to catch you when you stumble and keep you on track when you veer off course.

When is the Upcoming Mercury Retrograde?

This summer’s Mercury retrograde starts in Gemini on Tuesday, May 10th. As Mercury is the ruling planet of Gemini, this retrograde is likely to be more intense than previous ones, particularly for those with a natal chart dominated by Gemini placements. Not only this, but Gemini is famously flirty, so not only does this retrograde warn of past relationships rising from the ashes, but we might even get in trouble by entertaining too many at once. As such, it is important to not let the emotional turbulence of the retrograde period get to you; focus on your breathing, take up meditation, and focus on the healthy relationships that surround you at the moment. When Mercury retrograde exits Gemini and enters passionate Taurus on Sunday, May 22nd, you are bound to feel more at ease and have an easier time switching off your phone. Enjoy the serenity. When this retrograde finally ends on Friday, June 3rd, you are likely to feel extra impassioned for current partners. The qualities that you adore so much in them will shine as bright as they once did. Peace is restored!