For those born in November, it may be easy to find information about birthstones, but what does November zodiac sign compatibility look like? Also, what is the spiritual significance of November and the festivities around the world in the month itself. What else about the glorious month of November should I know? Learn this today with Mysticsense!

November is a time of year that attracts little attention. It’s still technically fall, but can often feel more like winter. However, November is a wonderful time to begin preparing for the mayhem of December and all of the party planning it requires. However, in the United States and Canada, November is most famous for Thanksgiving, a wonderful holiday centering around food, family and quality time. For the Southern Hemisphere, November marks the end of spring with temperatures really beginning to pick up. In the Southern Hemisphere, November is equivalent to the month of May in the North and vice versa.

If you are born in November, you may be interested to learn about your birth month gemstones, birth month flowers, and the zodiac signs you may be a part of. Otherwise, you may wish to know which signs are best matched to those born in November. There is so much fascinating history about the beautiful month of November that it would be a shame to overlook it. Read on if you want to learn more!

The History of November 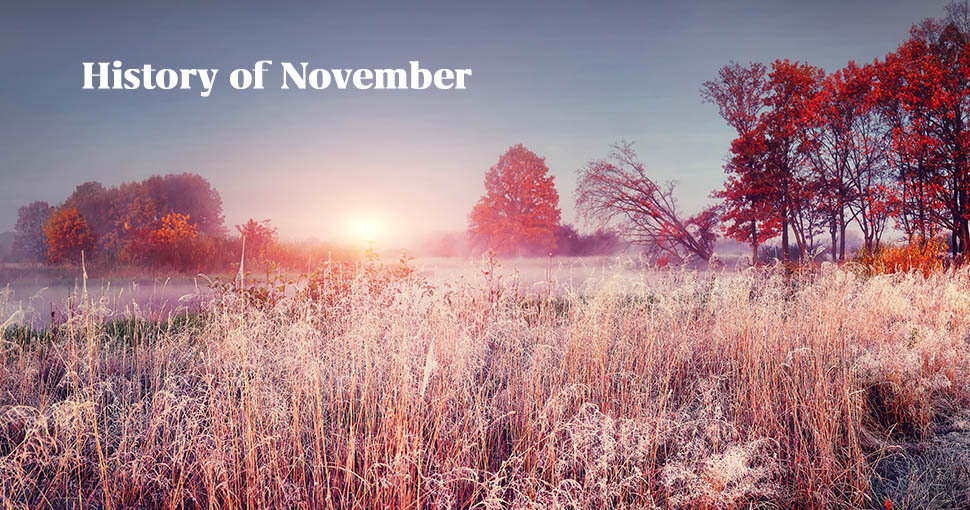 In Latin, the word “novem” means nine, giving November its name as the ninth month of the Roman calendar. In Finnish, November is named “marraskuu” translating as “the month of the dead” in reference to the death of plants and crops as the colder months set in. Technically speaking, November is still classed as fall in the Northern Hemisphere, but many countries start to experience a sharp drop in temperature and even some snow fall. Aside from the changing climate, most people recognize November for its shorter days, with the clocks moving back an hour and the evenings growing darker much earlier. Native Americans named the full moon in November as the “Beaver Moon” as in this month, beavers were particularly active building their dams in preparation for the winter ahead. As Beavers are nocturnal creatures, they are also said to have worked under the bright light of the full moon too. Not only this, but November was once the peak time of the North American fur trade in which Beaver pelt was a popular commodity. Other than this, November is a month filled with excitement for the many celebrations lying ahead. Lots of people take the opportunity to begin planning for Christmas in November and in North America, Thanksgiving is a November festival filled with joy and a buzzing atmosphere. 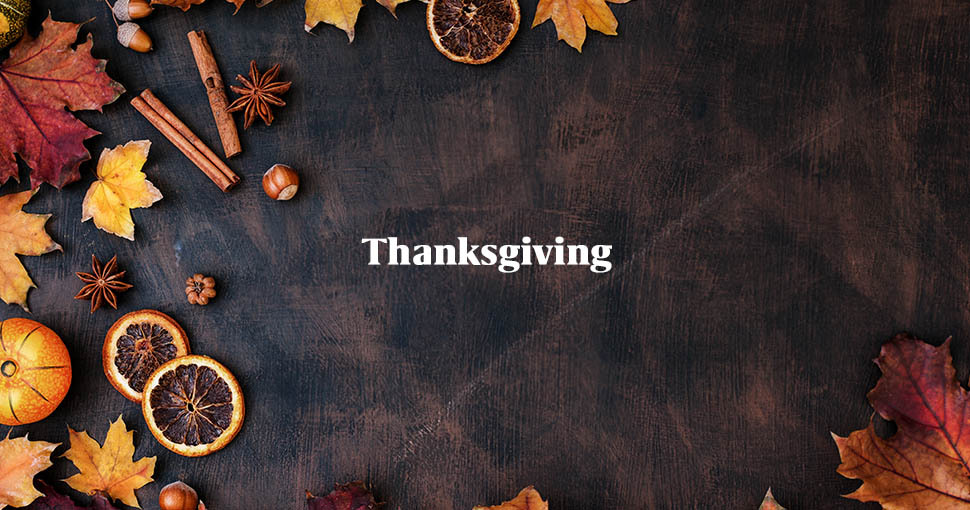 In many countries and religions across the world, the month after harvest is a time for celebration and gratitude for the earth’s abundance. However, the Thanksgiving holiday in North America is arguably the most prominent November festival out there. It stems from the time of the Potestant Reformation and replicates a harvest feast held between the English colonists and Wampanoag Native tribe in the 1600s. The holiday is steeped in tradition and symbolism with the food served at Thanksgiving mirroring the harvested food of the era. Roast turkey, mashed potatoes, stuffing, cranberries and pumpkin pie are all classic Thanksgiving dishes enjoyed by Americans and Canadians alike. So, all in all, November is typically a very busy time of year involving plenty of planning and preparation for the season’s festivities. That said, the month has an air of excitement as we enjoy good food and spend more time with family.

What is the Birthstone for November? 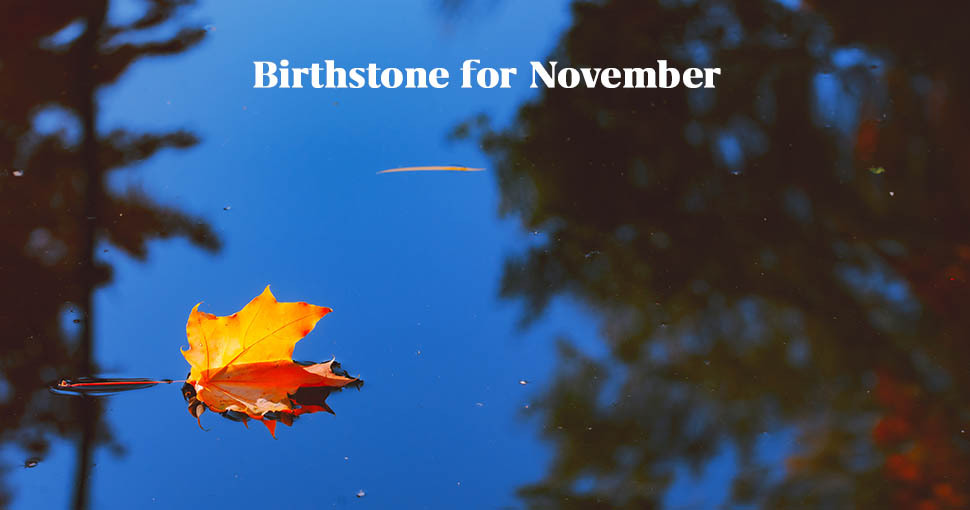 Birthstones first became a concept in the 16th Century in eastern europe. Individuals at this time believed that those who wore or carried the stone associated with their birth month would be subject to good fortune, protection and shielding from negative energy. The tradition has since spread across much of the world and people nowadays still enjoy both wearing and gifting their loved ones with their specific special birth gems. With that in mind, November’s is lucky as it has two birthstones; topaz and citrine.

The origins of the word “topaz” is debated, but may possibly have roots in ancient Greek or the Sanskrit language. Throughout history, Topaz was prized for its many powerful qualities, as it was believed it could heal the terminally ill and give strength to the weak in battle. In Europe, it was even thought that Topaz could ward off evil spells and shield from demonic entities. However, where topaz was most revered in the world, was in ancient India. It was believed that, when worn next to the heart, topaz would ensure longevity in life, youthful beauty and a sharp mind. As such, topaz became increasingly popular amongst the aristocratic castes of society across the rest of the world, with the Russian royal family taking a particular liking to the fiery gem.

Gorgeously gold citrine earns its name from the Latin word for lemon and is adored for its unique coloring. Its golden hue varies from the palest of yellows to incredibly rich, deep browns. Citrine has long been associated with energy and strength as its nickname, “the healing quartz”, explains exactly how the gem is supposed to be used. For centuries, it has been thought to be important to keep citrine close when recovering from illness or attempting to gain strength. As a type of quartz, citrine also omits vibrations believed to defend against negative energy. It may be for these reasons that citrine was one of Queen Victoria’s favorite gemstones and played a central role in her assortment of royal jewelry. 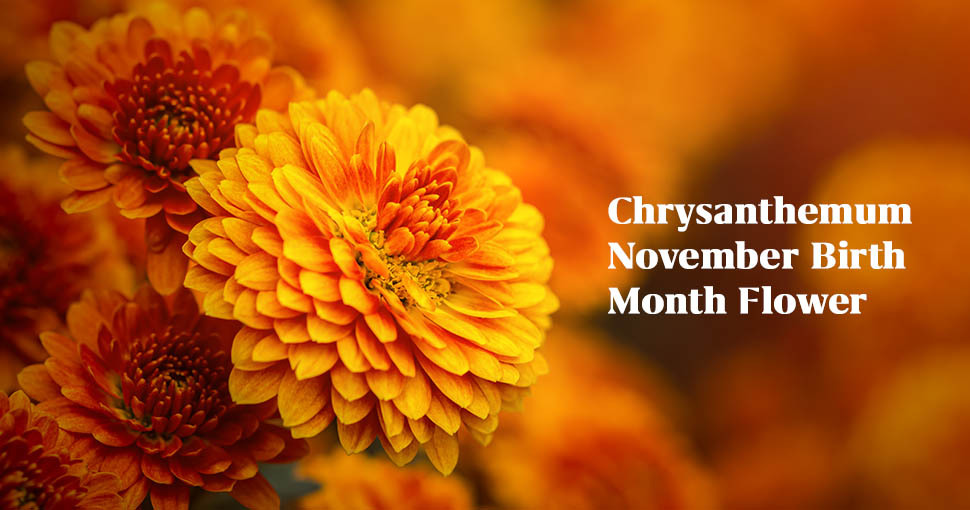 Chrysanthemums are a beautiful and impressive fall flower. Just as the rest of the garden is dying in time for winter, the vivid chrysanthemum remains tall and proud, injecting life into November’s relatively bleak surroundings. As the flower is just so striking, they make a popular addition to floral displays and bouquets. Not only this, but chrysanthemums are hugely popular in China, their place of origin, and even have a festival in honor of them. Their beauty is clearly revered across the world. In terms of symbolism, definitions vary according to each of the various colors that the flower can be. For instance, white chrysanthemums represent purity, pink represents new love and yellow represents peace. For the month of November, however, chrysanthemums generally symbolize friendship and loyalty. This makes the flower a wonderful gift to give someone with a November birthday and in need of some extra loving support. 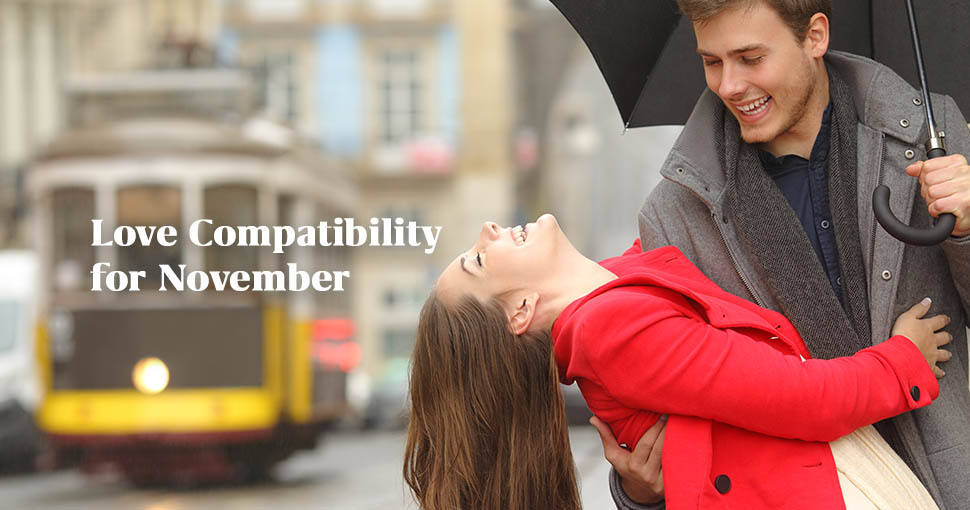 If you are a November baby, you will either be Scorpio or Sagittarius. Scorpios are born between October 23rd and November 21st and are a deeply mysterious Water sign. They are also known to be guarded with their emotions yet fiercely loyal to those they let in their circles. Sagittarius, on the other hand, are far more transparent and expressive. This fun, adventurous sign is the definition of a free spirit and is born between November 22nd and December 21st, making them part of the Fire elemental group. This gives Sagittarius a burning passion to try new experiences and live life to the fullest. 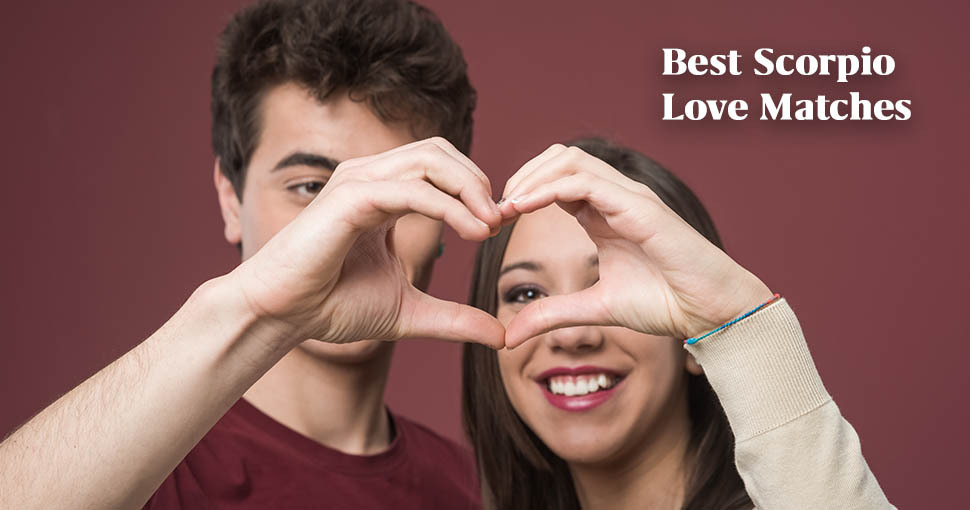 For Scorpio, it’s go hard or go home in terms of love. This mysterious, guarded sign wants a deep connection and life long commitment with their partner. Scorpios aren’t the type to test the waters and take things slow - they jump in headfirst and are prepared to fall hard. Sensuality and passion is also a must for a Scorpio in a relationship, as it is these factors that keep the passion alive long term. That said, as Mars rules Scorpio and Mars is the planet of drive and ambition, Scorpios can be known to take these traits to the extreme in love. They can sometimes be overly controlling and have trouble letting go of the reins. For Scorpio, these are signs of unadulterated love, but for the partners on the receiving end, it can become overwhelming at times. Scorpio also has a keen sense of instinct that allows them to truly understand their partner; as a naturally intuitive Water sign, they are human lie detectors and can pinpoint deceit from a mile away. It may take awhile to earn a Scorpio’s trust, but once they let their walls down, there is no turning back.

Being strategic can create great success in a Leo and Scorpio pairing - neither sign will let anything stand in their way as they are both extremely passionate and driven toward success. This can cause some strife, but the two are likely to enjoy this healthy competition. That said, the two signs really enjoy their innate differences. For one, Scorpio is comfortable around Leo, who brings warmth and optimism to the relationship. Leo, on the other hand, respects that Scorpio demands respect and loyalty. This partnership has the potential to last as long as this duo learn to concede control to each other once in a while.

Scorpio and Virgo are very compatible since both signs have a meticulous and intense energy. Each sign also appreciates the others’ hardworking and dedicated nature, placing the importance on sorting problems immediately rather than sweeping them under the rug. That said, Virgo is able to ground Scorpio's intense emotionality and help them see things more rationally, while Scorpio can teach Virgo to be less self-critical and embrace their imperfections. 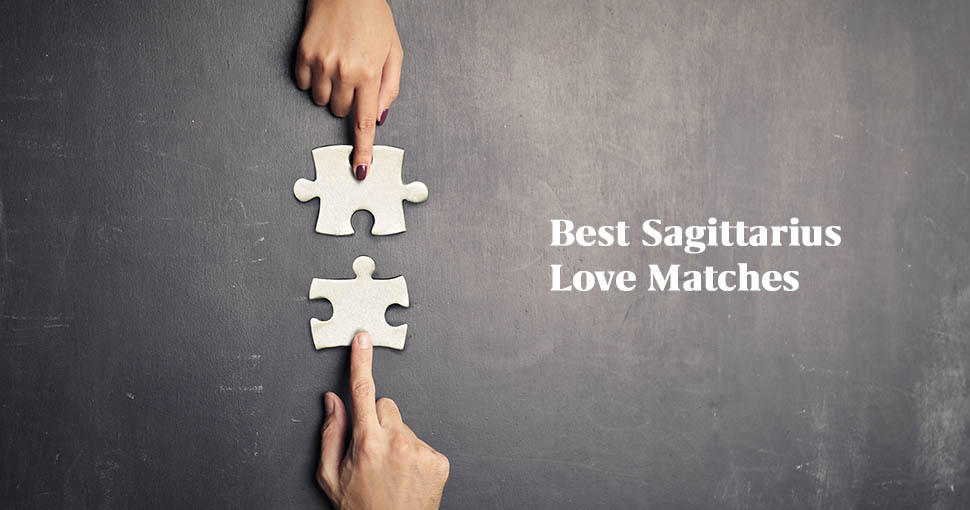 Sagittarians are a fun-loving, energetic and carefree sign. They love being in relationships and getting to share all of life’s adventures with that special someone. However, as a Fire sign, Sagittarius has an ambitious streak and won’t stop until they’ve hit their target. They are the zodiac’s archers, and take the same approach in love; once they’ve set their sights on someone, you can be sure they’ll go in for the kill. Their adventurous nature and optimism for life is enchanting for most, so you can be sure that Sagittarians are pretty lucky when it comes to dating. With all this in mind, Sagittarians are best suited to partners who can put down the planner and go with the flow. As Sagittarians thrive off spontaneity, potential partners must be prepared to join them for the ride.

Sagittarius and Aquarius make a really great team. These two signs have the same streak of adventure and live life unapologetically according to their own rhythm, unaffected by the opinions of others. However, they are both very serious when it comes to their relationships and expect each partner to exert equal effort. At their core, these two signs are the best of friends, providing support and encouragement to each other whenever it is needed.

Aries and Sagittarius make a very compatible pairing as they share the same adventurous nature. They are both social butterflies by nature, always seeking adventure and excitement. In general, Sagittarians are able to keep Aries from becoming hot-headed by reminding them of the bigger picture, and Aries can kick Sagittarius into gear when it comes to making plans. With these two fiery personalities, you can expect endless passion, fun and thrill in a relationship.

Do you still want to know more about the birth month of November? There are many resources at Mysticsense that can guide you with your learning and provide insight for any other questions you may have. Get started learning more about November at Mysticsense today!