Home / Articles and Media / The Significance of Numbers in Tarot

The Significance of Numbers in Tarot

In this article, you will learn about the meaning of numbers in Tarot, how they relate to each Zodiac sign and what the significance of repeating numbers is. Numbers in Tarot may have less weight than the Major Arcana, the court cards or the four suits, but without them, it is incredibly difficult to pick up on themes and nuances that aren’t quite so obvious at first. Whether you want answers regarding your love life, friendships or career, understanding the role of numbers in Tarot gives profound insight into all of these areas and more.

The Significance of Numbers in the Minor Arcana 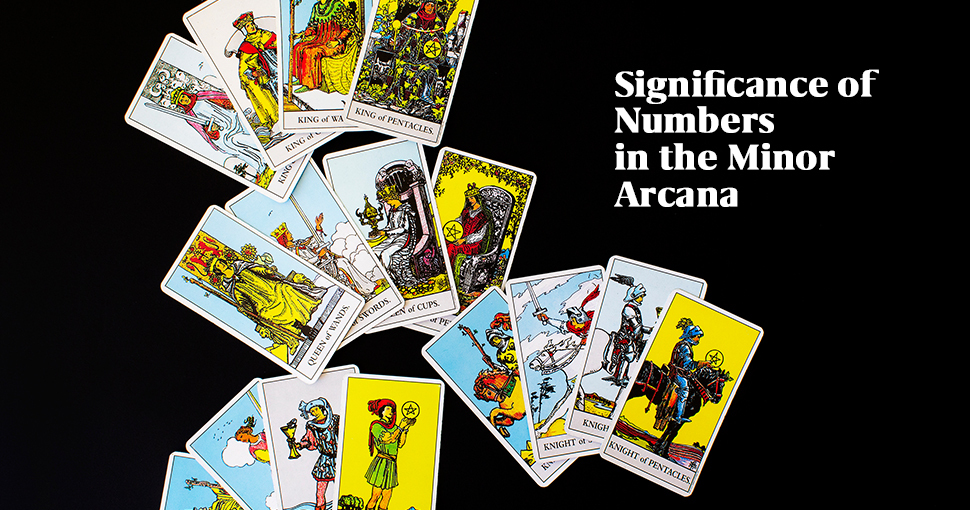 The numbers in the Minor Arcana add meaning and depth in a reading. Each number, no matter its suit, correlates to a general definition that can be applied and adapted to the nuances of each suit. For instance, Ones are the number of new beginnings and the start of ideas across the board in Tarot - however, in the context of Wands, this may be far more linked to career and finances, rather than the start of a romantic relationship. 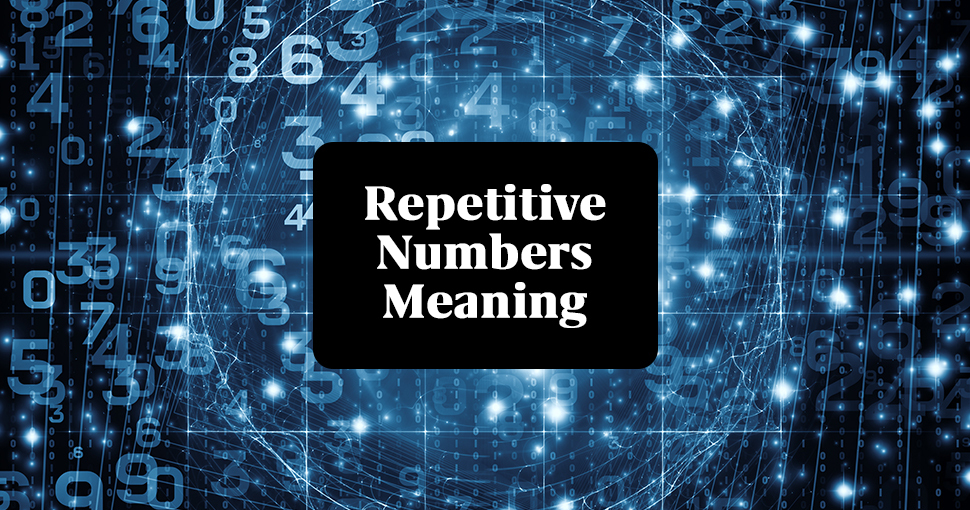 Growing up, most people are taught that numbers are simply numbers. They’re used for mundane things that help to keep our lives organized, from telling the time to the all-important figure in our bank account. However, encountering repeating number sequences throughout life is a common occurrence, although many people dismiss these patterns as nothing more than a mere coincidence. This couldn’t be more wrong.

So, what is the meaning of repeating numbers? Repetitive number sequences are sometimes called ‘master numbers’ by numerologists and spiritualists that study the interesting phenomenon. The phrase originates from the belief that masters, spirits and other intangible entities that have ascended use these significant strings of numbers as a way to make communication with us on earth. Most of us will be familiar with the famous ‘angel’ number of significance, 1111, or even actually follow the superstition of making a wish whenever we see these digits appear in day-to-day life. Number sequences such as these have a way of grabbing our attention and highlighting the omnipresence of the spiritual world that exists in our environments at all times.

If you’ve found yourself noticing a set of repeating numbers in your daily life, there is probably a very good reason for it. The same message applies in Tarot also, as not only do the card’s specific meanings have importance, but so does the frequency of the numbers we pull. If we pull all Threes in a reading, it may be useful to also look into the numerological significance of this repetition alongside the direct message being given by the cards. Different occultist practices often work in tandem, providing greater depth and understanding to the overall message being delivered. With that in mind, Tarot and Numerology are especially interlinked.

Odd vs Even Numbers 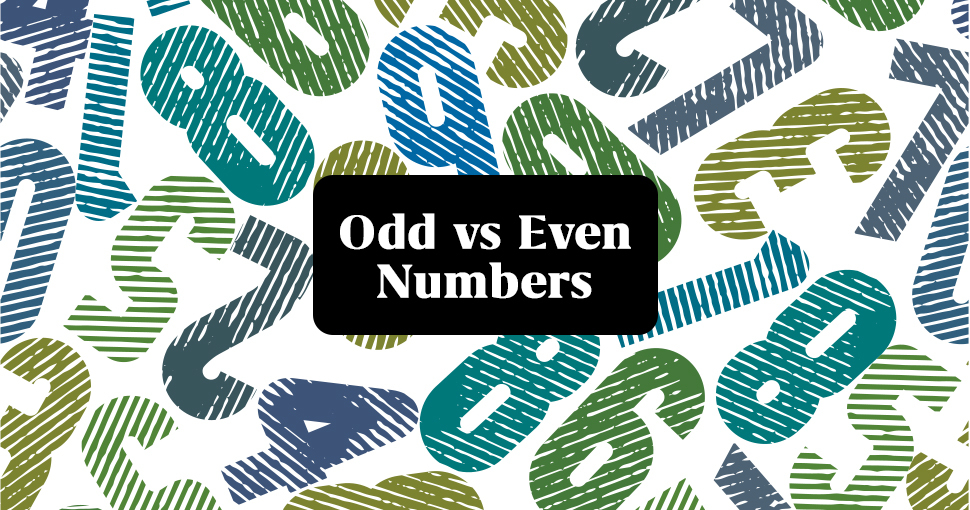 In Tarot, the odd numbers are believed to have a masculine energy and are ‘active’ while the even numbers have a feminine energy and are ‘passive’. Odd (active) cards are thought to carry feelings of momentum, drive and decision making qualities. They can show a situation that has a slight hiccup associated with it - things are almost right, but there is something niggling in the background a little. On the other hand, even (passive) cards are thought to represent times of peace, stasis, stability and reflection. These are the moments when we sit back and consider the actions we have taken or those we plan to take. Situations are thought to be at ease or feel somewhat complete when even numbers show up in a Tarot reading. Not everybody takes odd and even numbers into account during a reading, but they add another useful layer of understanding and learning their significance is interesting nonetheless.

Numbers and Their Meanings 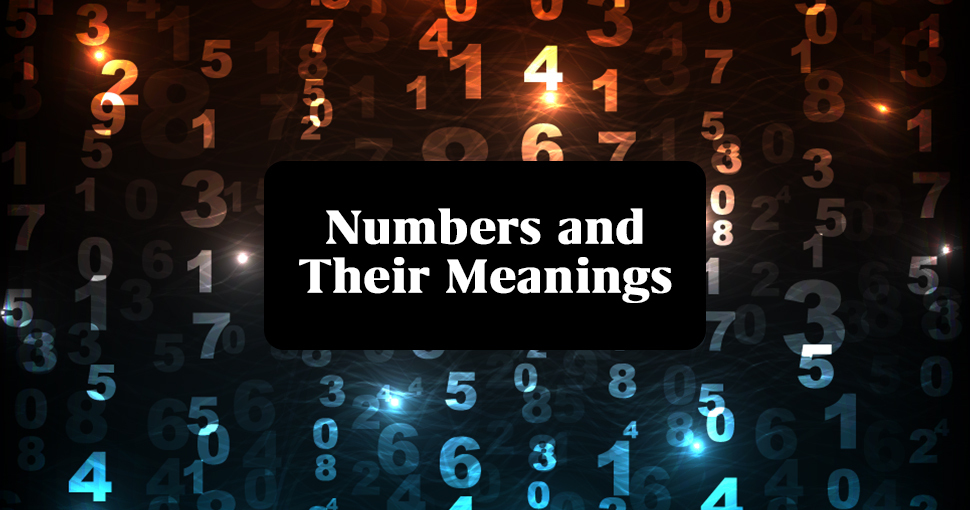 Learning what the numbers mean in Tarot can tell us quite a lot about a card without us considering the suit or looking up the official meaning. It is important to remember that reading Tarot is not just learning the traditional definitions of each card in a mechanical fashion, rather, we need to piece together various considerations that produce a picture of greater depth and nuance.

Number Ones are known as Aces in Tarot. The number One shows new beginnings or a situation in its initial stages. Aces can also represent ideas that are swirling, but are still in their planning stages and have yet to be put into practice. When multiple Aces crop up in a reading, it can indicate that there is either something new entering the questioner’s life shortly or previous strings of ideas are finally coming together. In short, Ones are all about new opportunities, positive changes, inspiration, drive and ambitious ideas.

In Tarot, Twos signify choices, duality and finding balance between two options. We will all come to a fork in the road at some point in our lives which will result in us having to pick a direction. Two also usually symbolizes an area of life that we have full control over, but the decision being faced is very important for the future outcome of things. When several Twos are pulled in Tarot readings, the message is particularly strong - it more likely signifies complex decisions with multiple, nuanced factors that must be taken into account. It can also represent a lack of confidence in a decision that has already been made.

Threes in Tarot symbolize a culmination of both Ones (beginnings) and Twos (decisions). As such, they usually indicate the end of a phase in a larger cycle. Threes also often crop up when group dynamics are in the picture, often representing several people who are involved in influencing circumstances. When there are multiple Threes in a reading, it suggests friendship, communication, goals, creativity and group activities. In a less positive sense, multiple Threes can indicate disorganization and confusion of matters. Perhaps there are too many people involved in a situation and it is convoluting plans. Multiple Threes can also mean the questioner needs to take charge and not be misled by others.

The number Four in Tarot shows the process of manifestation where projects that have already begun in the first three numbers are starting to grow into fruition. Fours are about stability and laying down foundations, often relating to property or any other matters involved in putting down roots. Many Fours in a reading can suggest the effects of previous manifestation and further growth and addition. In a negative context, Fours can mean feelings of disappointment or irritation over situations not progressing fast enough. Perhaps there are delays and frustrations more generally.

Fives in Tarot are all about a lack of control and feelings of instability. These cards are all about conflict, loss, anger, sadness, stress and challenges. When multiple Fives are pulled in a reading, you can be confident the questioner is going through a fairly rough patch in life, possibly afflicted by illness of both the mental and physical kind. Five cards show a need for spirituality and reconnecting with one’s inner self. They also warn the questioner that sometimes logic and rationality is not enough to overcome certain problems - in some cases, we need to turn to the universe and find direction through other means.

Sixes are about self, harmony, family and balance. They are a compassionate number, showing the way to self resolved solutions for the conflict of Five. Sixes symbolize a time of adjustment, overcoming problems and finding self empowerment, all within a time of reflection and growing maturity. More than one Six in a reading adds further emphasis to this idea of resolving conflict and the promotion of solutions. Many Sixes in a reading can indicate the home life and family affairs - upright meaning comfort and security, whilst reversed meaning arguments and problems occurring in the home unit.

Sevens are the number of introspection and intuition. In Tarot, Sevens come up during periods of solitude or at least when there is a need for it. They are the cards of taking a step back and assessing our true needs from those that we think are our needs. Seven is the number of spirituality and those things which are hidden. There is also a strong connection to delusion and hopeless fantasy. Several Sevens show the need for reflection, assessment, spirituality and being honest with oneself.

Eights in Tarot typically symbolize power, energy and positive changes taking place. Eights often speak of ‘spiritual luck’ and blessings of abundance that come from manifestation. Eights are also about realizing our goals and feeling a sense of enlightenment about how we are to achieve them. A reading with many Eights is usually a sign of personal power, quiet strength and achievement. It shows positive control regained after difficult times have passed and a positive change in mindset towards past, present and future situations.

After the accomplishments of Eights, Nines in Tarot show the feeling of needing to start something new. They also show stability and stasis. When Nines appear multiple times in a reading, it can indicate that a person, situation or event is passing quite quickly through the questioners’ life, but the future direction hasn’t been decided yet. As such, a fairly fluid or transitionary period is likely. This can often mean that Nines symbolize feelings of anxiousness or uncertainty, despite not being inherently negative cards.

Tens in Tarot indicate something has come full circle and a particular cycle in a person’s life will come to an end. Not only this, but a new beginning is very much on the horizon as well. However, multiple Tens can mean a person has difficulty in letting go of the past, which may be keeping the questioner stuck in a rut in some way. That being said, Tens generally mean that it's time for the questioner to start feeling hopeful after a difficult cycle and that better times lay not far out of reach.

Following the ten number cards in the Minor Arcana are the four court cards; Kings, Queens, Knights and Pages. However, in some decks, the Knights and Pages are instead Princes and Princesses respectively. They often relate to literal individuals in a reading, representing people of particular importance in the questioner’s life, if not the questioner themselves. This is not always the case though, with the court cards sometimes symbolizing fairly momentous life events. Either way, the message provided by the court cards tend to have a greater spiritual weight than the number cards, hinting at potentially longer-term situations than fleeting occurrences.

Numbers in Tarot are overlooked in favor of the four suits, the court cards and the Major Arcana. While these elements certainly bear greater significance in a reading, understanding the role of each number is integral for developing a layered and meaningful interpretation. It helps us to learn the meanings of each card and overall neatly ties all of the threads of Tarot together. Get started learning more about the significance of numbers in Tarot at Mysticsense today!