Home / Articles and Media / What is the Spiritual Significance of Dolphins?

What is the Spiritual Significance of Dolphins?

Dolphins are beautiful creatures adored by many. They are intelligent, cheerful and highly emotive animals by nature, and across various different cultures and communities, dolphins hold a place of significance and evoke a sense of wonderment. As such, we humans often feel a strong affinity for dolphins, likely because we feel we can relate to them and their sparky personalities. Some of us may even be lucky enough to have dolphins as our spirit animals, which means the protective, nurturing and loving energy of the dolphin is bestowed onto these individuals.  In this article we will explore

What is the Spiritual Meaning of Dolphins? 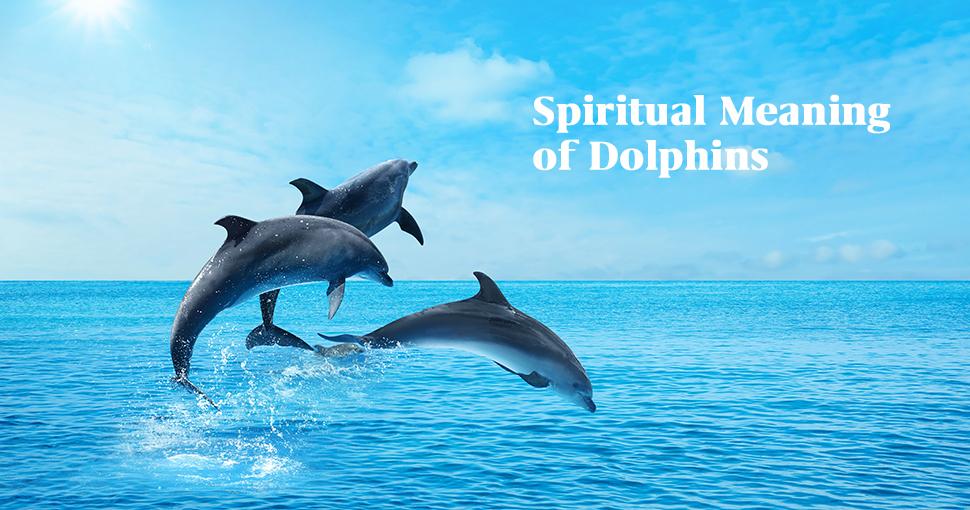 It is believed in science that dolphins are some of the smartest animals to ever exist. For one, the ratio of a dolphin's brain to body size is beaten only by humans, and similar to various species of monkey, dolphins are actually known to use various sea objects as tools. Not only this, but dolphins are also incredibly socially intelligent animals, displaying complex emotions such as grief, empathy and even playful mockery of their companions. This observable emotional intelligence may be the reason why dolphins have struck such a cord amongst us humans, as we feel we can relate to these remarkable, fun-loving creatures despite living worlds’ apart. Their ability to perform tricks, chirp and interact directly with us has been enchanting since the first time our two species encountered one another. So, unsurprisingly, there are a lot of different mythological stories, folklore and spiritual symbolism attributed to dolphins, and each perception varies according to the culture they originate from. However, what unites most cultural beliefs about the spiritual symbolism of dolphins, is that dolphins are a sign of hope, happiness and belonging. As the ocean’s sweetest and most loving creatures, dolphins remind us to carry similar sentiments within ourselves also, throughout our lives.

In ancient Greece, dolphins were just as revered as they are today. In fact, dolphins were called ‘hieros ichthys’ in ancient Greece, translating to ‘sacred fish’ in English. The ancient Greeks also did not hold back with exclaiming their love for dolphins, as many stunning artifacts, such as pottery, coins and jewelry, were adorned with depictions of the creature. The love that ancient Greeks held for dolphins can be attributed to their belief that dolphins are symbols of safety when crossing rough waters. There are many different legends and tales told by the ancient Greeks about dolphins appearing during particularly sketchy moments out at sea, or even guiding lost sailors in the right direction, providing them comfort and companionship all the while. It should come as little surprise, therefore, that killing dolphins was met with the punishment of death in ancient Greece.

In the very early centuries, pagans in Europe saw dolphins as magnificent and sacred creatures, and their spiritual significance remained even after Christianity overthrew traditional pagan culture. In fact, for those who spent time at sea or working by the coast, seeing a dolphin was considered to be a symbol of Jesus Christ himself, indicating a soul whose task it is to deliver us to the ‘safer shores’ of heaven. Alongside this, the image of dolphins made its way into the Christian catacombs in Rome, Italy. The dolphins branded on the tombs were depicted with an exposed heart, or else shown alongside anchors or tridents. For Christians, the symbolism of such depictions is that of immortality of the soul and eternal life in heaven. Otherwise, dolphins are sometimes used in place of the traditional Christian fish symbol, so evidently have a very spiritually significant role within the religion regardless.

For the Celts of central and western ancient Europe, dolphins represented the protection and divinity of the spirit world. It was even believed that dolphins were used as messengers by the spirit world to communicate with us humans here on earth. Treading the line between air and water, dolphins also reminded the Celts of the importance between the mind, spirit and body. As such, dolphins were revered as deeply spiritual and profound creatures with a deep connection to the powers of higher realms.

Dolphins stand as a very important symbol in Native American culture as they are believed to be creatures sent down from spirits above, to save mankind from his own misfortunes. As such, dolphins are seen as messengers between the physical and spiritual realms, protecting humankind from evil and standing as a reminder to turn to spirit in times of need. Due to this belief, Native Americans thought that dolphins appeared during times where we have made mistakes to protect us from the harmful consequences of such. Evidently, dolphins are regarded as incredibly empathetic and caring creatures in certain spiritual belief systems, which aligns closely with the scientific understanding we have about the complexity of their emotional capacity. Interesting! 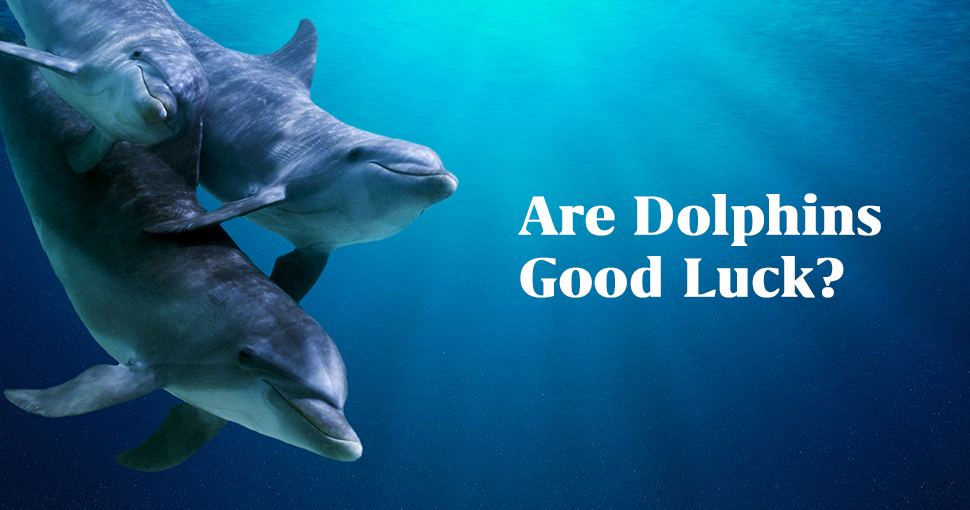 So, by now it should be clear that dolphins are revered as a symbol of good luck throughout many different cultures. Even for those who aren’t religious or spiritually inclined, dolphins are seen as a beacon of hope during troubling times. This is likely because throughout history, dolphins have been recorded swimming alongside ships and boats, standing as a good omen and helping direct sailors safely back to shore. Dolphins, it has always been thought, have an almost telepathic connection with us humans, having a better understanding of our activity on earth and what our intentions are. This may explain why dolphins appear during times that we perceive to be ‘risky’, such as being out on the water. As such, wearing dolphin emblems, jewelry and any other form of charm is seen to be a symbol of protection and motivation to plow ahead with one's goals. Placing sculptures or paintings of dolphins in the home also serves the same purpose, although with a greater emphasis on the protection of the family unit as a whole.

When you see two dolphins at once, whether this be in real life or depicted in artwork, it symbolizes comradery and companionship. Like we have already discussed, dolphins are incredibly empathetic and social animals, so it shouldn’t be surprising that seeing two dolphins side-by-side is significant. If you are going through a particularly rough patch, feel alienated by people or simply feel that you are fighting all of life’s battles single handedly, the double dolphin symbol is a sign that you are never alone. People come and go from our lives and situations change rapidly, so double dolphins are simply there to remind you to keep focused and wait for the storm to pass.

What is a Spirit Animal? 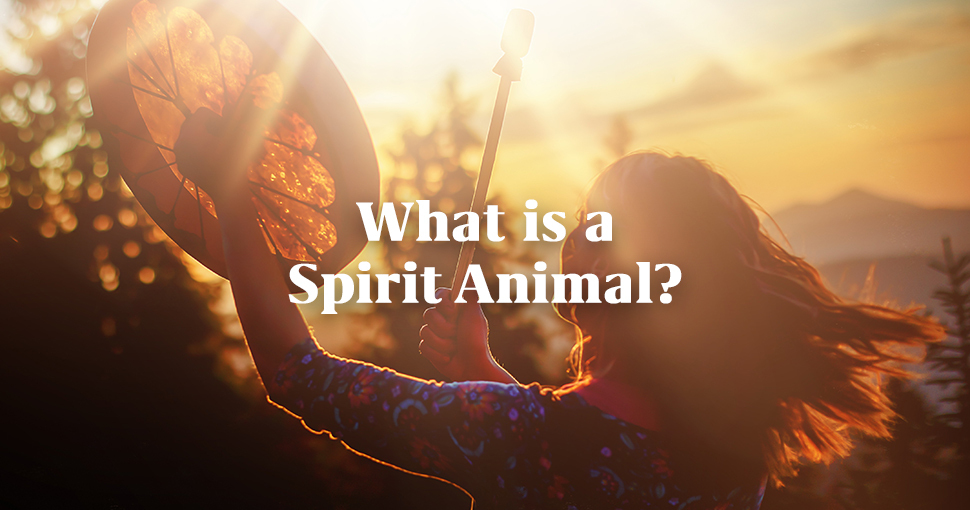 Spirit animals are animals believed to have spiritual connections with humans on a profound, metaphysical level. Their role is often that of guide or protector, helping us through tough times and showing us new perspectives to adopt. Similarly, an animal guide is often seen as a powerful entity that can help us better understand other cultures and engage better with our surroundings. It is also thought that the concept of spirit animals is derived from the belief that everything has a spirit, which is known as animism. Animals are believed to be able to connect with the spirit world in many different ancient cultures and spiritual traditions as they don’t face the same earthly obstacles that distract us as humans. Life path guidance can also be gained from a connection with a spirit animal as they are permanent fixtures in our lives - in general these animals are seen as natural leaders as there is a common belief that they possess a profound spiritual understanding that runs deeper than our own.

As spirit animals, dolphins represent a bond between mankind and Mother Nature, in part due to their emotional connection with humans yet remaining firmly part of the animal kingdom. Alongside this, dolphins are representative of both the Air and Water elements as they are warm-blooded, air-breathing mammals yet they reside in the depths of the ocean. Due to this, dolphins are more likely to be spirit animals to those belonging to the Air and Water elements in the astrological cycle. And, as spirit guides to these people, they are tasked with bestowing the qualities of the elements onto their spirit person. For example, Air is the element of thinking broadly and communication and Water is the element of emotions and spiritual perception. As such, dolphin spirit animals are often associated with these specific qualities and their spirit people may possess strengths in these areas as a result. Other than the specifics, dolphin spirit animals are reminders that we need to slow down and smell the roses in life a little more. As playful and chirpy creatures by nature, the same goes in the spiritual world too; they encourage us to spend more time surrounded by friends and family, and doing more of the things that we truly enjoy. Those who are lucky enough to have dolphins as their spirit animal are often described as being incredibly warm, positive, selfless and sociable people to be around.

What is a Totem Animal? 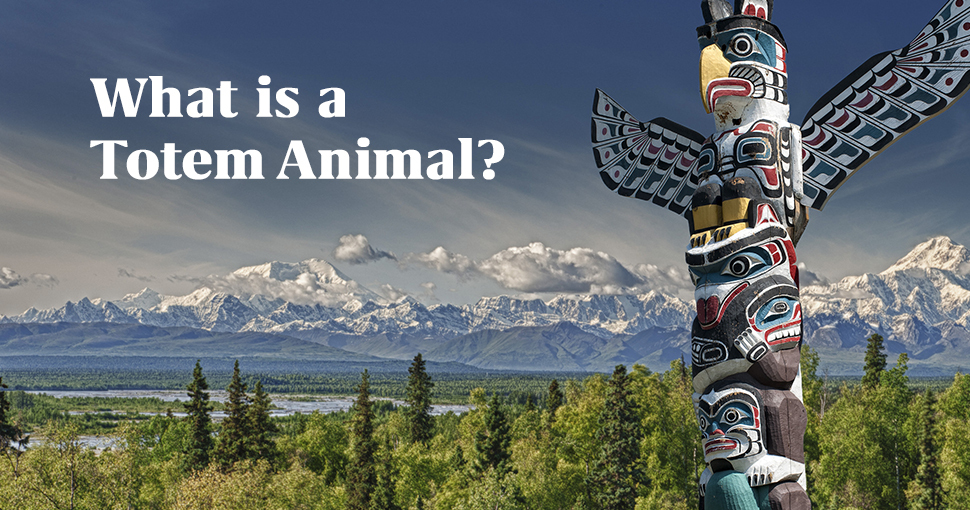 Totem animals are animal guides believed to accompany people throughout their lives, both physically and spiritually. Through personal interest, certain characteristics, physical manifestations, dreams and other interactions, you share a connection and bond with this animal. With this in mind, ‘totems’ are sacred objects that represent your animal guide. You can represent your totem animal through totem poles, talismans, charms, artwork, statues, or jewelry. Additionally, totem animals provide a unique perspective for interpreting events from our past that had gone unnoticed in the present. In a totem reading, they can help us to unpack situations and emotions that we leave buried for far too long.

People with dolphins as their totem animal are risk-takers at heart. Just like a dolphin treading the line between air and water, these individuals love finding the perfect balance between two very dissimilar worlds. For instance, they may be party lovers and stay up until the crack of dawn, yet when morning comes, they know it's time to buckle down and be productive. Many people are left in awe of their ability to juggle such opposing forces, yet with the strength of the dolphin totem behind them, this lifestyle comes as second nature to them. In short, those with dolphin totems understand the immense importance of balance, friction, harmony and complementary energy. In relationships, they tend to be dynamic and adventurous with a deeply caring heart under it all. Community and communication are a priority for these individuals also, so you are likely to find them surrounded by many people and sharing their perspective on a variety of different subjects.

As some of the most intelligent creatures to grace this earth, dolphins have been revered in various different cultures and communities since we knew of their existence. Cheerful, empathetic and mischievous mammals residing in the ocean, dolphins have always been a point of mystery and fascination. They strike a chord within us as we feel we can relate to these beautiful beings, despite such fundamental differences that set us apart. With all that said, dolphins may be a part of our lives through the form of a spirit or totem animal. Once we know that this is the case, we can use the energy they bestow to better ourselves, our relationships and our spirituality.

Do you still want to know more about the spiritual significance of dolphins? There are many resources at Mysticsense that can guide you with your learning and provide insight for any other questions you may have. Get started learning more about dolphins at Mysticsense today!