The Year of the Tiger in Chinese Astrology

The bold and ambitious Tiger is one of the 12 animal signs within the Chinese zodiac. The Tiger’s energy imparts certain traits and compatibilities onto those born under its sign. Knowing this, what is the symbolic meaning of the Year of the Tiger? What does it mean when we relate it to the Five Elements and What other signs are best suited to the Tiger?

What is the ‘Year of the Tiger’ in Chinese Astrology? 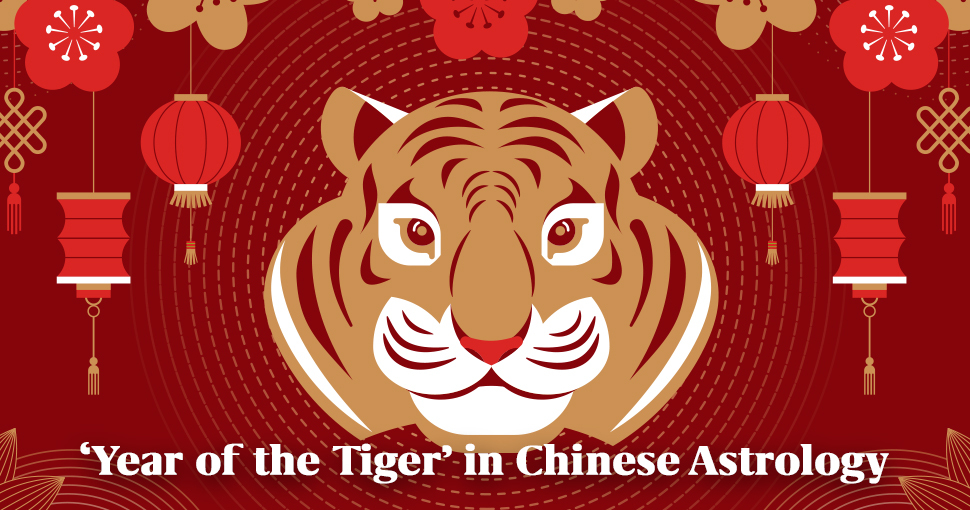 The Chinese zodiac is a repeating astrological cycle composed of 12 symbolic animals and is a tradition that has lasted over 2000 years. The cycle is broken down into yearly increments following the annual passing of every Chinese New Year, meaning a full zodiac circle is completed after 12 years. Unlike Western astrology, with each zodiac sign lasting roughly one month, everyone born within the same Chinese calendrical year shares the same Chinese zodiac animal. These animal zodiac signs are believed to be instrumental in shaping not only our personality, but also our luck, fate and other events that may happen in our lives. The animals in the Chinese zodiac include the Rat, Ox, Tiger, Rabbit, Dragon, Snake, Horse, Goat, Monkey, Rooster, Dog and Pig. These animal signs are also believed to have natural compatibility with some signs and not others.

When is the Year of the Tiger?

Year of the Tiger Personality 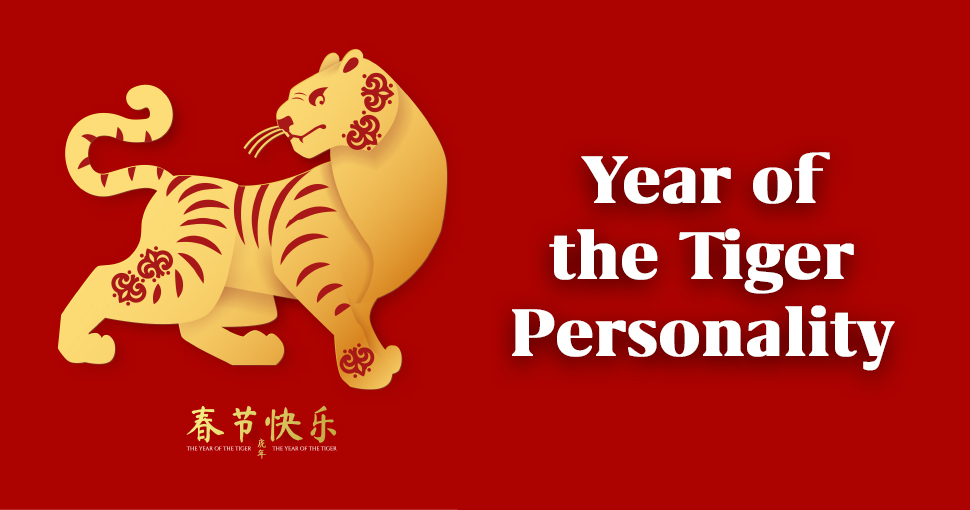 Those born on the Year of the Tiger are powerful, assertive individuals. They are strong-willed and principled, forming individual opinions and sticking by them proudly. Due to this innate sense of self-confidence, Tiger people are able to command a lot of respect from their peers. This authority comes naturally though, as these decisive people do not have to coerce or bully others into following their demands. Their power is kind, comforting and almost paternal in nature, causing people to follow on their own accord. As such, Tiger people make very successful and well-intentioned teachers, bosses and politicians. That said, Tiger people are known for speaking their mind and don’t shy away from sharing how they feel. To many, these traits are admirable as they reveal a person who is open, honest and vulnerable. However, to others, the Tiger’s raw transparency can be overwhelming or even appear gratuitous. Alongside this, the Tiger’s confidence is prone to excess at times - they expect instant successes and want to see immediate results, growing frustrated when plans aren’t executed exactly as they had imagined. Also, the faith that Tiger people have in their capabilities can be so strong that criticism is often not very well received. Being extra diplomatic with Tiger loved ones in these instances may be the best way to reduce unnecessary headaches.

The Tiger woman has a sexual magnetism unmatched by most. She is a head turner and draws a lot of attention when entering a room. Because of this attractive energy, the Tiger woman is used to dealing with obsessive partners who may struggle with jealousy or feelings of insecurity. This shapes her to handle these qualities well though, as over time she learns to put her foot down and resist the nonsense. The Tiger woman’s enticing energy also stems from her confident and driven nature - some people may resent her assertiveness, but those who understand her will deeply admire the poise she possesses. In short, powerful, masculine traits in a woman can be jarring to many people, but this fact does not stand in the way of the Tiger woman’s self-assuredness.

Bold, powerful and masculine, the Tiger man is the man's-man of the Chinese zodiac. While his masculinity is mostly kind and fatherly, an attack on his character may cause him to retaliate or lash out. He feels and reacts before he thinks meaning he would benefit greatly from learning to regulate his emotions and placing his sense of empathy before his ego. Once the Tiger man has these qualities mastered, he makes a wonderful and loving leader in both relationships and the workplace. He puts people at ease and people find being vulnerable comes easily when around him. That being said, despite all of the drive and ambition of the Tiger man, reliability is not his strongest point. He is known to flake on plans or double-book when it is most beneficial to him. The Tiger man needs to remember that not all social events or meetings have to be seen as a stepping-stone to success; sitting back and simply enjoying the company of loved ones is incredibly important too!

Year of the Tiger Compatibility 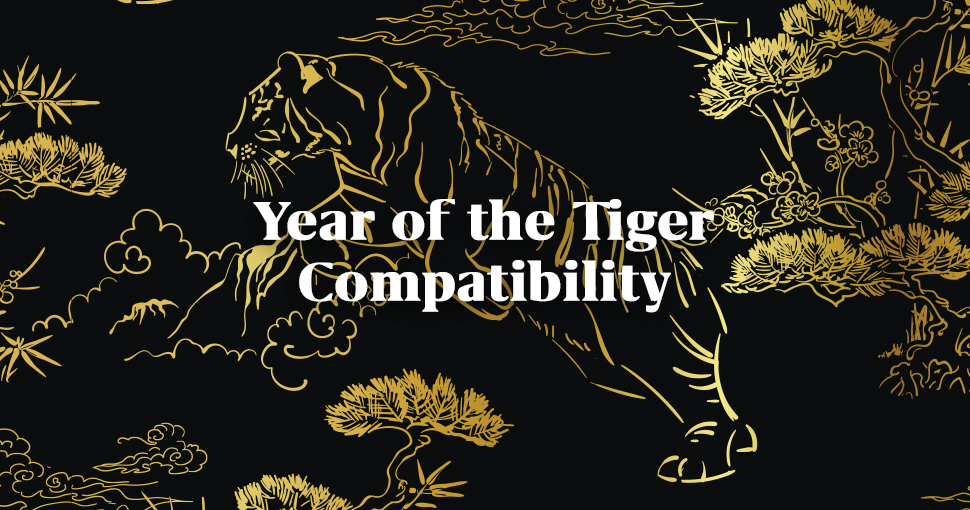 The animals of the Chinese zodiac all have intricate and unique relationships with one another. The positioning of each animal on the zodiac wheel is important in shaping these relationships, but in the simplest terms, each animal has between two and four highly compatible matches and between two and four incompatible, ‘unfriendly’ matches. For instance, the Tiger and the Horse are known to make a very solid pairing, while the Tiger and the Monkey are notoriously ill-suited.

Both of these signs are social and extroverted, making for a fun and popular duo. That said, there is also plenty of balance between the Horse and Tiger, as the Horse is more grounded in spirit while the Tiger is passionate and exuberant. Both of these people can appreciate and admire the strengths of each other leading to success in the long run.

These two are exceedingly compatible as they hold a deep respect for each other’s boundaries. The Dog knows not to meddle with the Tiger’s desire to lead, but the Tiger sees the Dog’s true loyalty and offers up more respect as a result. Also, the Dog may be calmer and more grounded in nature but still admires Tiger’s go-getter attitude. They teach each other many lessons and their compatibility is founded on mutual respect.

These two signs make a beautiful team. They share a lot of love and affection for one another, with the Tiger offering up plenty of encouragement for the often self-doubting Pig. There is trust, respect and devotion in a union of these two signs, with an emphasis on romantic connection rather than platonic.

Explosive clashes and emotional outbursts are the norm for these two. The Monkey sees the Tiger as arrogant and driven by ego while the Tiger sees the Monkey as exhausting, childish and erratic. In fact, these two really do bring out the worst in each other as they both know exactly which buttons to press and neither party is known to shy away from conflict.

While certainly less explosive than the above pairing, the Ox and the Tiger form a passionless, stagnant union. Arguments may be a rarity, but the beautiful unique traits of each animal are likely to go unnoticed by one another. The energy here simply doesn’t align or create the groundwork for a fun, exciting relationship in the future.

The fundamental values of these two animals are in almost complete opposition to one another. The extroverted Tiger lands success through his charm and sociability, whereas the snake is far more of a private entity, quietly working on its goals and staying firmly out of the spotlight. Due to this, the Tiger is also likely to see the Snake as untrustworthy while the Snake may see Tiger as nothing short of an attention-seeker.

What is the Year of the Tiger Elements? 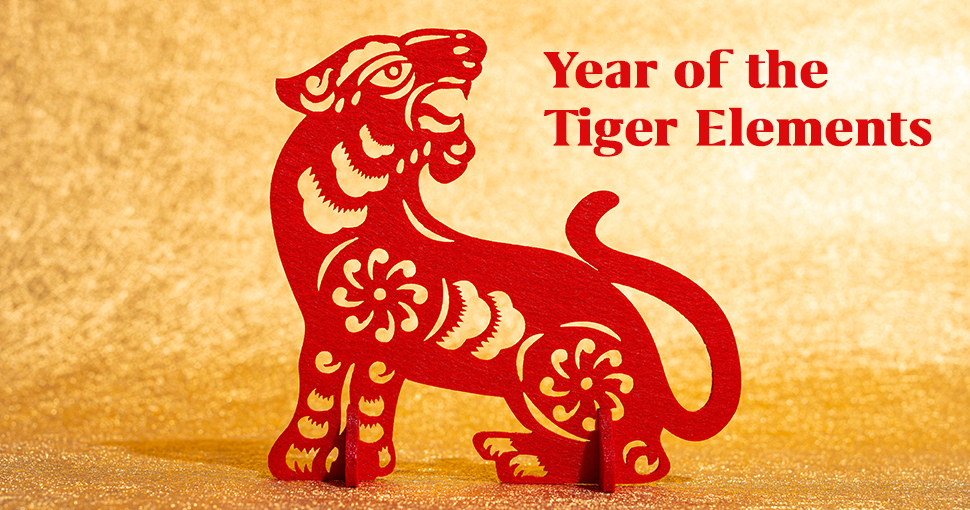 Another core component of the Chinese zodiac is that each year falls under one of the Five Elements; Wood, Earth, Metal, Water and Fire. Traditional Chinese astrology uses the Five Elements to describe interactions within the universe and the belief is that each element possesses its own energy influencing our personality and fate. As such, while the year in which we were born corresponds with one of 12 animal zodiac signs, we are also ruled by a particular element. This year, the Tiger is accompanied by the element of Water, forming the Water Tiger.

The Year of the Wood Tiger

The Wood Tiger is a calmer, warmer version of the basic Tiger zodiac sign. Wood Tigers are known to work more effectively within a team setting rather than jostling for a leadership position like its other elemental counterparts. That said, Wood Tigers can struggle with concentration and, as such, reap less success in the workplace than, say, the Fire Tiger. Their sense of humor and personability, however, is where this sign’s strengths lie, making them incredibly popular amongst friends, family and colleagues.

The Year of the Fire Tiger

Fire Tigers are the most bold and powerful of all. They are ardent in their views and have no trouble letting you know about it. With a quick wit and sharp intelligence, Fire Tigers also do particularly well in their educational pursuits and climb the career ladder at a staggering speed. However, Fire Tigers are known to neglect their health and brush off physical problems that may arise; they see ailments as a nuisance so may need extra encouragement to suck it up and visit a doctor.

The Year of the Earth Tiger

The luckiest of all the Tigers, Earth Tigers find themselves in episodes of good fortune more than most. They are incredibly warm, friendly and grounded but they also have a deep desire for luxury so can become consumed by materialism from time to time. As friends they are reliable and trustworthy, making the best secret keeper. However, Earth Tigers don’t fare well when plans are derailed last minute. They can lose their cool head in these moments and show a nasty streak that they usually keep hidden and under wraps.

The Year of the Metal Tiger

The Metal Tiger is erratic and spontaneous in nature. You never know the next move of this flighty character so making plans or grabbing their attention can be quite the task. They are always pursuing a new interest or diving into sudden projects as their curiosity knows no bounds. Constantly thinking, Metal Tiger’s are the brainstormers within a team, coming up with ingenious plans and having the guts to commit to them wholeheartedly.

The Year of the Water Tiger

The Water Tiger has a calm, considered and quietly confident energy. They are the type to sit back and only interject when they have something meaningful to say, rather than dominating a group by being the loudest and proudest. That said, the influence of Water for this sign forms a far more emotional and sensitive character. Their egos are bruised more easily, yet they also have the wonderful gift of empathy for others.

By now you will know that people born under the different Chinese zodiac signs have certain personality traits corresponding to that animal. Some of the zodiac signs are very compatible but others do not fare as well. If you are curious about whether you are compatible with your partner, friends, family and colleagues, make sure to find out within which Chinese zodiac year they were born.